Musical Roots - Alice in Chains - Would?

Alice In Chains is one of my favorite bands from the 90's. My personal musical revolution came just as grunge was happening, and I was heavily into the entire scene - a fascination the fresh and early MTV helped nurture. While Pearl Jam was probably my favorite band at the time I was heavily into Alice In Chains, Soundgarden, Nirvana, Mudhoney, Stone Temple Pilots, and The Melvins, also,

Alice In Chains was fronted by the painfully self-destructive, but now-and-then genial Layne Staley, and lead by guitarist and co-vocalist Jerry Cantrell. They contributed with a uniquely raw and dirty sound to the grunge-scene. And the best vocal harmonies between Staley and Cantrell were epic.


On the Dirt album they were definitely at their best, though later albums held some fantastic songs as well.

Because of Staleys descent into an early drug-induced death, Alice In Chains have played with a bunch of different singers over the time. I discovered some time ago that there were quite a number of versions of one of the best songs on Dirt, Would?

First, here's one with a young and actually involved Layne Staley from the release party of the movie Singles (to which Pearl Jam also contributed the fantastic Breath) - making it around 1992 as far as I can gather.

And later, here is a version with a drugged up, and quite weak Layne Staley in 1993:

And here is a sickly and pale Layne Staley at their subdued Unplugged concert from 1996. The one time he opens his eyes to peek into the camera his eyes are just black holes in his shaded face.

This one is with a heavily drugged up and slurry Phil Anselmo - in 2006, as far as I can gather, a year or so after the on-stage murder of Pantera-guitarist Dimebag. I love Pantera, but this is... not his best.

With James Hetfield at Rock am Ring in 2006 ... I actually like his power-singing in Metallica, but here ... well ... this is definitely not his kind of tune. This is close to painful...

And here is the new frontman, William DuVall; ok, I guess, - though his mic isn't turned up that loud?

And here is one bonus song - just because it's with Maynard Keenan: Them Bones, also from Dirt.

This is Maynard James Keenan, frontman extraordinaire of (in particular) Tool and A Perfect Circle at a benefit concert in 2005 for the victums of the 2004 Indian Ocean Earthquake. He is a very good singer, so this sounds excellent:

So this blog has been through another spell of silence. But hey, this time I have a blogging-related excuse. It's 'cause I was one of the last people on Earth to discover #twitter! Come on over here and follow me: I'm @dontrolle over there, and I'm all sorts of fun! I promise!

Meanwhile I'm trying to figure out what to do with the long format over here. I have a few ideas, but let's see what happens.

And, so as not to break form - here is the little ditty that I clumsily referenced in the title. You guessed it. It's French, it's house and it's daft.

One of the finest voices in fiction, Iain M. Banks is dying. I just saw this yesterday evening and was deeply upset. Introduced to me by my friend, the Theoretical Computer Scientist, his is the voice that provided me with blisteringly good and thoughtful stories in and about the Culture, the far-future mongrel civilization he invented to tell stories about how perfect and how gruesome humanity can be.

Condemned by a terminal and widespread cancer discovered just a short while ago, his probable farewell is a remarkably stoic and composed affair.

I've had a blog-entry lying around in drafts on this blog for years, trying to explain what Banks does, but somehow I felt that my writing fell short of distinguishing it from hordes of mediocre sci-fi pulp. Partly it's because he is just a damned fine writer.

The basic idea is: Imagine you are part of a civilization that plain and simply made it. Your technological level is such that there is no lack of anything, that everybody can fulfill whatever destiny they please.You are part of a culture, consisting of a number of friendly biological species picked up over the eons, whose benevolent influence dominates the galaxy.

You have created AI's, the Minds, so intelligent that they have been been delegated the responsibility of running the whole damn complicated operation. These eccentric, but benign Minds are your caretakers while you and your fellow Culture-citizens wallow in pleasures akin to demi-gods in a true Utopia.

This is the world that novelist Banks describes in his novels revolving around the Culture. Sounds boring? I thought so, until I realised that the stories Banks tell are about how the Culture behaves when it bumps into neighbours not like itself. Mostly these are stories of how the Culture tries to subtly influence other less advanced cultures (with not entirely planned effects), or how such less advanced cultures view the benevolent-to-the-point-of-nausea Culture.

And then the stories are also about the quirkiness of the true demi-gods of the stories, the Minds, with names subtly pointing to their roles in the stories - such as I Thought He Was With You; Ultimate Ship The Second; So Much For Subtlety; Very Little Gravitas Indeed; A Series Of Unlikely Explanations; Funny, It Worked Last Time, etc.

His voice will be sorely missed.

No music this time. Silence befits the dying light.

It is the traditional night celebrating Danish music. I hold the utmost respect for our national radio, DR. As readers know, the channel P6 Beat is a favorite of mine - so is the good old electronica show UngaBunga. DR is the major player in breaking music in the Danish music environment.

However, as illustrated by this years show and its winner, Marie Key, they are also, I guess, part of the reason why Denmark is not say, Sweden, when it comes to a music environment.

The show wasn't really very good this year. The attempt to catch Danish family-"hygge" in a concert-hall filled with party-minded musicians, crossed the line to embarrassing now and then. Oh well. Be that as it may.

However, precisely because of DRs position, it is from my perspective a disaster that low-key (sorry), cosy, slightly boring Marie Key won the main prize over the exuberant, vibrant, blitzing Efterklang - who, by the way, are already internationally renowned.

Semi-quoting, the P3 prize is given to the performer or band who "might very well become the next great star in Danish music."

No, Efterklang is not easy-listening music. It may not exactly be pop. I've seen them described as indie-pop in reviews on BBC and in Pitchfork. But judges of P3: Do you really, truly believe that in a few years we will be talking about Marie Key as a great star as compared to Efterklang? How do you define a "star" in a manner that excludes a band who is already known and reviewed widely around the world, and that tomorrow will play the first of two sold out concert in Royal Albert Hall, London?

Let's end this rant with some music. As readers know, I love all the cracks and hickups that happen in live music, so lets hear the protagonists live.


To the honored judges of P3 Guld, Yao Ming has something to say to ye: 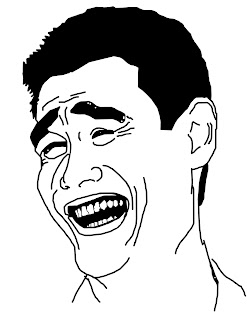 And... we're back to French House

We interrupt the attempt to try to convince anybody that I listen to anything else than French house, to bring you a fresh set from the Ed Banger 10 years-in-business party by none other than Justice!

A quite 'rave-ish' set from my initial listening, but suits well enough for keeping the pace up in my hacking (in the "coding for fun"-meaning, not the "accessing others servers illicitly").
Indsendt af Unknown kl. 23:21 No comments:

French house is not all I listen to these days (although Kavinsky has his first album out, and Breakbot's most recent is excellent - go listen!)

I tripped over this...


... the other day, in the YouTube-related's when I was grooving The Kills, The Dead Weather, and The Black Keys with my kid brother.

They are the Unknown Mortal Orchestra. I really dig the fuzzy, boxed sound they've got going. His voice is just another instrument in the attack of lo-fi sound. And I like the groove the drummer is laying down.
Indsendt af Unknown kl. 14:55 No comments:

Continuing the theme from the last entry, I've been pushing this little set of videos to friends and family the last few weeks, ever since I tripped over them in a random YouTube-search.

We're at a birthday party for a certain Mr. Busy P (those French with their funny names and their funny accents) in LA in 2009, as far as I can gather. Busy P is a DJ and incidentally also the owner and manager of Ed Banger Records, the main French house label. Mr. Busy P is the smiling long-haired gentleman with the well-trimmed beard.

The concentration of French DJs on the scene is silly. "Geek cool FTW", as my dear friend, the Theoretical Computer Scientist tersely stated. For instance, Gaspard from Justice ✝(!) and Kavinsky, with the long hair and sunglasses, can be seen. I only recently saw the remarkable Drive by Danish star director, Nicolas Winding Refn, where Kavinskys Nightcall is prominently featured in the intro. (Yeah, also Ryan Gosling. I know.)

However, to get to the point - as it turns out, Mr. Busy P has invited a special guest to attend the stage. It is quite entertaining to hear parts of the crowd slowly discovering who the special guest is and that he is going to be given the mixer. (At around 2:35 a girl is heard saying "Is he really going on?! Oh my god!") He is never formally introduced. There is some street-smart ✝ to Δ sign throwing by some the DJs, but that's it.

Thomas Bangalter seems quite thin. I do hope that he is well. He is also quite the cool customer. His mouth only curls into a small smile when he throws on the last track, Prince's Raspberry Beret (my absolute favorite Prince-track, and that is no lie).

His seeming coolness may also be related to the fact that he is quite concentrated. I suspect that he has to adapt to the CD mixer table in front of him. He doesn't seem entirely comfortable with it, and gets a few pointers from Busy P and DJ Mehdi here and there. (DJ Mehdi - "If you don't [know who he is], go home!"). However, the fact that the set is somewhat messy and the recording very shaky does in no way detract from the fact that this is extremely nerd cool!

... I should just rename this blog the French house and Daft Punk blog, shouldn't I?

Oh. And I got some more injections, also. Didn't hurt as much this time. Didn't really work so well, either. So there's that.
Indsendt af Unknown kl. 22:18 No comments: